If you’ve been asking yourself, “Is hypnotherapy scientifically respected?” you’ve come to the right place. This article explains why hypnosis can help with a range of conditions, including chronic pain and depression. It also explores the methodological quality of research and how to determine whether or not hypnosis is an effective treatment for your condition. In this article, you’ll learn more about hypnosis for a variety of ailments, including depression, chronic pain, and even nausea.

Hypnotherapy has a variety of uses. It has been used in treating many different conditions, including anxiety before medical procedures, post-traumatic stress disorder, and even pregnancy pain. It has even been used to treat pain caused by cancer chemotherapy, including nausea and vomiting. Scientifically respected hypnotherapy is safe, provided that it is administered by a trained therapist. In addition, hypnosis is not a form of mind control, and it does not produce a “brainwash” effect.

Although hypnosis has been used for centuries, its effectiveness in reducing pain has only recently been recognized in recent studies. Army surgeons used hypnosis to help sway injured soldiers before amputation. According to Guy H. Montgomery, a professor of psychology at Mount Sinai School of Medicine and director of the Integrative Behavioral Medicine Program, studies have confirmed the effectiveness of hypnosis in reducing pain. 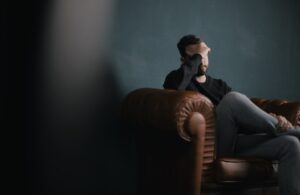 Researchers have also found that hypnosis helps patients improve their mind-body control. Hypnosis works on several brain areas, including sensory processing and emotional response. By focusing on these areas, patients can take back control of their lives and manage their anxiety.

The techniques are also very easy to learn and practice. These benefits make hypnosis so popular today. You can get certified hypnotherapy to reduce your weight with confidence.

When choosing a hypnotherapist, choose one who has received training from a school or college with a reputation for competence. A licensed hypnotherapist will have taken appropriate college courses and training in chemistry, biology, and anatomy. These courses will prepare you for your future profession. You can also choose to do some hypnotherapy training while you’re in college. Just remember, however, to choose a school that offers courses in other disciplines.

Research shows that people’s memories can be distorted and fabricated when hypnotized. Therefore, people may believe that memories induced under hypnosis are more reliable than memories acquired through natural means. The process of recovering memories is on thin ice when it comes to using hypnosis. However, this technique has gotten a bad reputation during the 1990s when therapists began to convince patients that they had been abused as children, which led to false accusations.

Hypnosis as a Treatment for Depression

The practice guidelines for mental health care have recommended the dissemination of empirically validated treatments for depression. However, reliance on randomized controlled trials and compilations of supported treatments limits the development of novel therapies for depression. Hypnosis is an alternative treatment option that can contribute to quick early responses and rapid gains in treatment. For these reasons, hypnosis as a treatment for depression is scientifically respected. 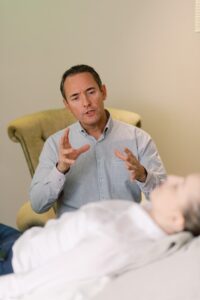 Cognitive hypnosis is a form of therapy in which patients are instructed to restructure the way they think and to identify faulty cognitive schemas. They are then instructed to identify these faulty beliefs and thoughts, frame by frame, and replace them with more constructive thinking, imagination, and syncretic responses. These methods are effective for many forms of depression, including major life events and everyday stressors.

It integrates hypnosis with cognitive-behavioral therapy (CBT). The two have similar cognitive processes, and hypnotic induction can help individuals identify these thoughts and change them. Both techniques may be used alone, or in conjunction with other treatments.

The Dobbin, Maxwell, and Elton study used a benchmarking approach and a partially randomized preference design to compare the effectiveness of these treatments. The researchers recruited fifty patients who agreed to undergo self-hypnosis for depression. Patients took the CDs home and were monitored by nurses for problems and suicidal thoughts. The two approaches were both performed in similar settings and with similar patients.

Clinical studies show that hypnosis has positive effects for some patients. Some studies have shown that hypnosis enhances the mind-body connection and helps people exert more control over their thoughts and feelings. Hypnosis acts on multiple brain regions and quiets the emotional response and sensory processing parts of the brain. Hypnosis has even been studied to improve a patient’s sleep and reduce chronic pain.

Hypnosis as a treatment for depression is considered a viable option because it works well alongside other treatments. It is an excellent complement to psychotherapy for depression and can be very effective in reducing resistance to traditional treatments. However, it should not be used as the sole therapy for depression. The benefits of hypnosis can be profound. So, before you make a commitment to hypnosis, make sure to find out if it is covered by your insurance.

Hypnosis as a Treatment for Chronic Pain

In recent years, hypnosis as a treatment for neuropathic pain has gained a high degree of scientific recognition. The benefits of hypnosis have been well documented in numerous studies. The research indicates that hypnosis reduces pain through calming relaxation techniques. Solution Focused Brief Therapy uses the power of the mind to help patients cope with their pain. Clinical hypnosis puts the patient in control of the process, allowing them to relax and focus on a positive experience rather than the pain that is causing the suffering.

While medication, physical therapy, and other treatment methods are valuable tools for managing chronic pain, they cannot be used for every patient. Hypnosis, however, can help patients manage their pain more effectively by altering the way they experience their symptoms. By improving their perception of pain, it can improve their mood and other symptoms. The results of this study were impressive, demonstrating that hypnosis can significantly reduce the use of analgesic medicines. 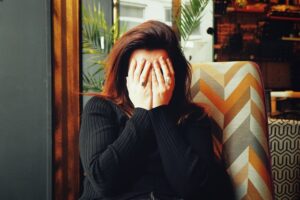 The study also found that the hypnosis group experienced a greater reduction in perceived pain than the control group.

In fact, the average HAM-A score for patients in the hypnosis group was 32.6 at the start of the study compared to 22.9 at the follow-up.

In the control group, the average score remained nearly the same. In addition, the study found that some patients were more responsive to hypnosis than others, but overall the effects were consistent.

The study also found that only four subjects out of twenty-five in the control group continued to take opioids despite hypnosis. In contrast, only five subjects in the hypnosis group increased their use of opioids for pain control. Despite these results, the study also found that hypnosis had no impact on the use of other analgesics such as corticosteroids and NSAIDS.

Assen Alladin is a clinical psychologist and the director of the hypnosis laboratory at Washington State University. She has published numerous articles and books on clinical hypnosis. Her most recent book is Cognitive Hypnotherapy for Depression: An Integrative Approach to the Treatment of Emotional Disorders

Hypnosis as a Treatment for Nausea

During a session with a hypnotherapist, you will be asked to focus on imagery that suggests downward motion to relieve the symptoms. The brain’s response to nausea is triggered by a variety of factors, including a physical issue or a psychological phobia. Using imagery to change the way the brain interprets these signals can provide relief from nausea and vomiting. In addition, hypnotherapy is scientifically respected and can help patients cope with psychological stress and anxiety associated with chronic physical problems.

The National Institute of Health Technology Assessment Panel has also considered hypnosis as a treatment for pain and nausea. Various studies have shown hypnosis to be effective in reducing the symptoms of chronic pain and nausea. For example, a recent study conducted by Montgomery and colleagues showed that hypnosis reduced post-surgical nausea and pain, reduced fatigue, and decreased nausea. Additionally, the treatment reduced hospital costs, partly as a result of decreased surgical time. Additionally, the hypnotherapy patients required less propofol and lidocaine.

Previously, hypnosis was considered a fad and the domain of charlatans. But with the emergence of scientific studies proving that hypnosis is an effective non-invasive treatment for chronic disorders, hypnotherapy is getting more respect as a scientifically accepted alternative to other treatment options. In fact, Professor Peter Whorwell became interested in hypnosis after observing patients with irritable bowel syndrome. He observed that hypnosis reduced pain measured by brain potentials. In three patients, hypoalgesia was achieved, and hypnosis was used as a sole anesthetic in another.

Hypnosis is a natural process that allows the patient to shift their thinking. By focusing on a positive idea, you’ll be more likely to succeed in overcoming your symptoms. You’ll be able to change your habitual patterns so that you no longer feel nausea. Hypnotherapy is not suitable for everyone. But if you’re looking for complementary alternative treatment, hypnosis is a great way to manage the symptoms of nausea and vomiting. Ask your healthcare provider for a referral or learn more about this form of treatment. 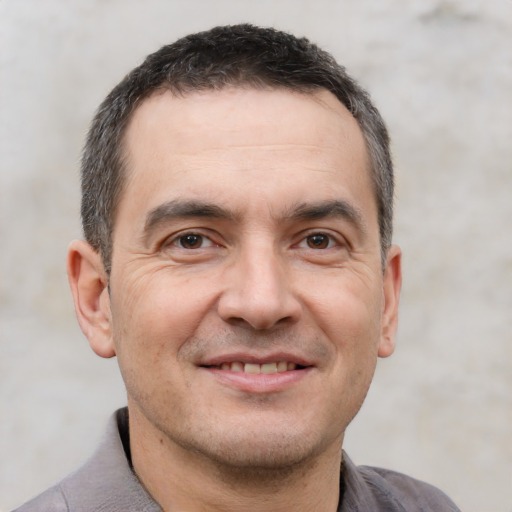